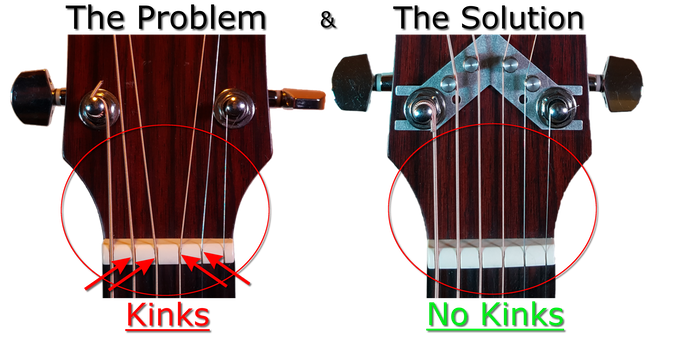 All good things come in threes and so I put another little guitar project on after the last two items on the blog. With STRING BUTLER you make you straight. Ok, just the strings of your guitar.

Who plays a western or electric guitar without a locking nut will certainly have struggled with it before. Just the deep, wound strings tend to stuck on the nut while tuning. Is not a drama, the tuning of the guitar makes but then a bit more uncomfortable but who likes to play with a classic tremolo and often bends is used here certainly to have problems with the tuning stability.

This jump is simply because that at this point, of course, the point of contact between the nut and string has the most friction. This is further reinforced from the strings do not run just straight the tuner mechanics. They need to hop over the edge from the nurt. A well-cut saddle takes the low, but is also likely more to be found only on high-quality guitars. Surly you can use graphite on the nut, but avoiding the friction should obviously be the better solution.

This vulnerability can now circumnavigate by the STRING BUTLER. This is a small aditional nut which is pinched between the two mechanics which are nearest the nut. On the land are placed four deflection rollers, which will steer the E, A, G and B string to their mechanics. So they must no longer sail around an edge. Simple and clever.

Although with 55 € the STRING BUTLER is no bargain, it still seems to me to be a good idea. Could also imagine that it could also protect the nut from worn out, which would cost significantly more.

In addition the STRING BUTLER also looks quite cool, especially since it is also available in three different colors. 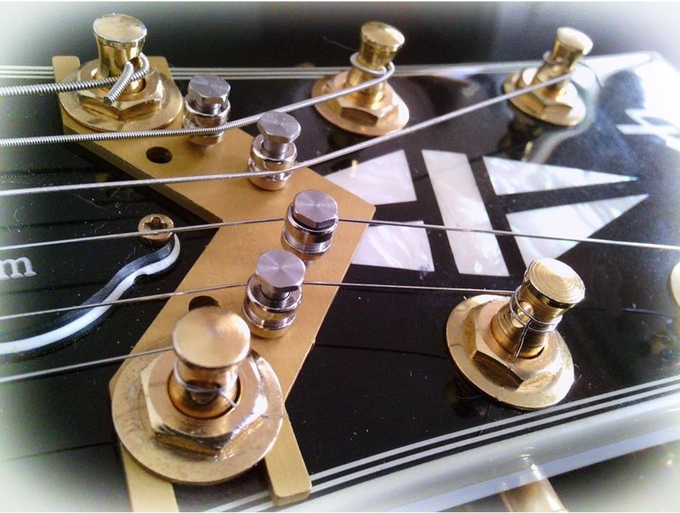 Besides, the part is well worth a look. For myself, however, I do not need it. I’m only playing guitars with Floyd Rose tremolo and with Seatclamps the STRING BUTTLER of course doesn’t make sense. 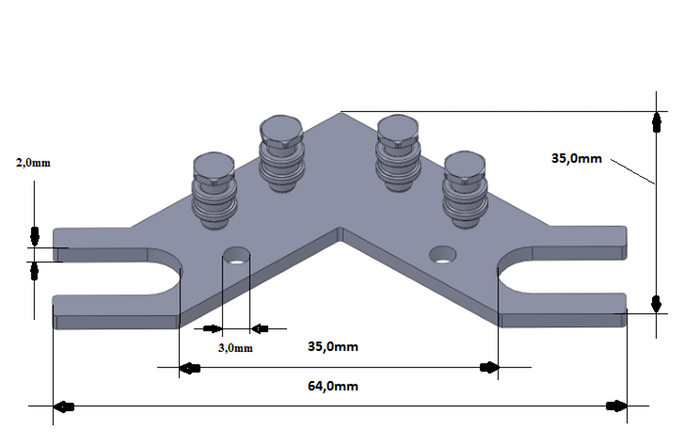