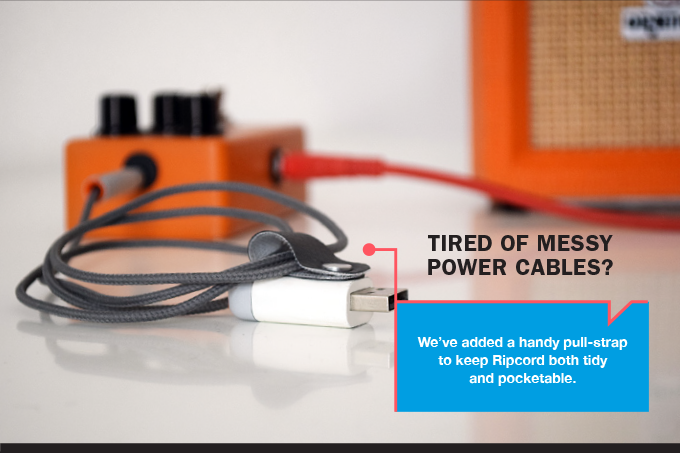 Finaly using a pedal with a powerbank or a USB-power supplies – Ripcord (image: kickstarter/© Paula O’Connor and Luke Brennan)

Rats, almost missed a very cool project. Only three days and unfortunately just below the funding limit. Yesterday  we had a guitar that allows to play amplified without an amplifier. Ripcord goes another way.

Guitarist (and other musicians) who work with pedals or other tool with 9V power will know the problem. Batteries are always empty and if one wants to take a PSU it usually entangles with the cables, you need distribution and so on. Has always annoyed me.

Too bad that most USB-Power Banks works with 5V. It would be fine if you could use them. Here Ripcord comes into play. This small cable claims to that it can transform 5 V from a power bank or a smartphone to 9V. That would be really cool. It allows to get a small amplifier, walk to the mall and earn the 14 € for such a cable with your music..

Will it work? Got no idea. Have thrown almost completely my physics knowledge overboard during my in design studies. Was not enough room for both. But we believe in the good of the people and hope Ripcord might work. Would make it definitely easier for much musicians.

Even if you do not want to work completely without power, it could be profitable. Today, everyone has numerous 5V power supplies which have been lying around at home from old phones.  Obviusly more than the amount 9V power supplies.

For different connector variants there is an adapter. Standardized connectors are in musical equipment, unfortunately, not the rule. Even for different V version there are versions. You can order the Ripcord with 5V, 6V, 7.5V, 12V and 18V. Unfortunately, there is then only the 7-Set, so you have to get them all at once.

Who wants to make mobile music should take a look at Ripcord. Even if the campaign could just fail you should keep it in mind. Could imagine that they eventually could bring the cable to the man without Kickstarter. 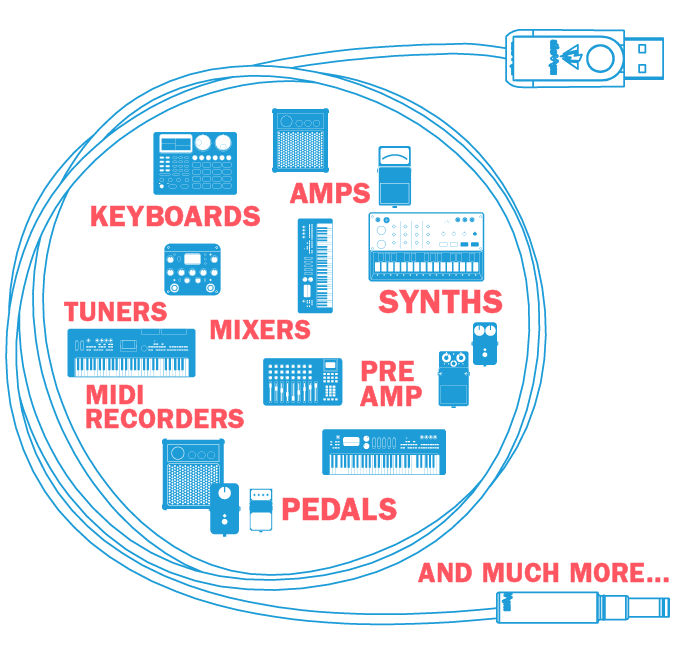