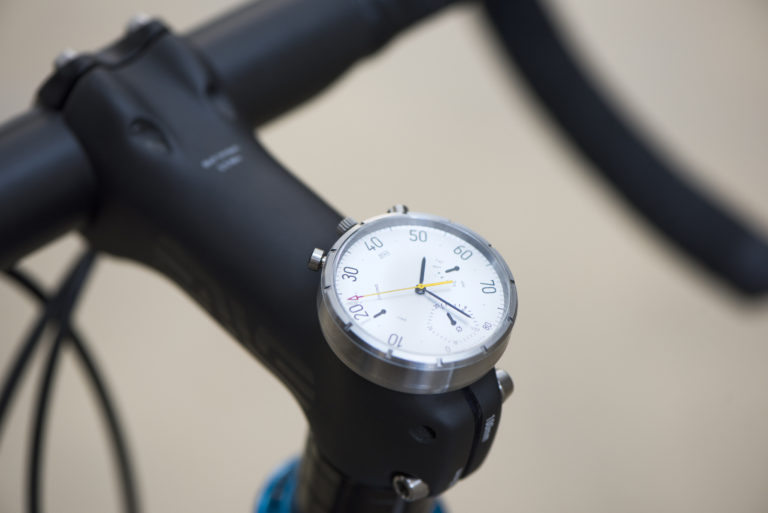 This has style – analogue smartwatch as a bicycle computer, the Moskito (image: © moskitowatch.com)

Since the makers of the analog bike computer Omata have been silencing since July, it is nevertheless nice that now with the Moskito Smartwatch / Bike computer a new concept is preparing it’s launch.

So that you can spontaneously prepare on it, I would like to give a first outlook. Unfortunately, many technical data are not expected until Monday. But the pictures, which already exist, look very sexy.

The Moskito is actually a device with two application areas. On the one hand, we are dealing with a Smartwatch. However, since the Moskito is only completely based on an analog pointer display, one can assume that the Smartwatch functions will be more limited to vibration alerts for incoming messages and calls. A paired smartphone provided of course.

There are now many of you who value the fact that the desired Smartwatch does not look like a nerd toy. No problem for the Moskito. Designed in Switzerland, the probability should be very high that the initiators have the necessary know-how that is necessary for this.

An analogue Smartwatch is, of course, much more of an eye catcher, even if it is much more limited than its digital counterparts. It is even cooler to get the Mosquito out of the wristband and into the bike dock. It then shows the pace during the ride like on a good old speedometer.

I guess that the pace of the bike is transmitted via a coupled smartphone to the watch. A built-in GPS sensor would recur somewhat of the announced long battery life. In this I personally do not see a big problem. Nowadays your smartphone is a common companion on your road bike. Anyone who ever had to walk 10 to 20 km in roadbike shoes along the main road, because after the second flat tire with no aditional spare hoses, will appreciate a phone.

How expensive the fun will be and which more exact technical data is promised is unfortunately not out yet. The first further data will be given Monday, 28.11.2016. The launch of the campaign is scheduled for 1 December 2016. It will probably not be a bargain. But good mechanics have their price.

And here are a few more technical details:

MOSIKTO will probably come in several versions. Black case with white dial, aluminum with white and black with black. In addition, a distinction is made between km / h and mph dials.

Not only will there be a mount for Ahead-set stems. Very nice, since there are more and more stems where the Ahead-set screw is no longer accessible.

In the clock a quartz movement works, supported by 6 bi-directional motors. The connection to the outside holds the Moskito via Bluetooth 4.

The different components are manufactured both in Switzerland and in Germany.

The dimensions of the watch are 44mm in diameter and 11.9mm in height.

As expected, all smart features will only work with a paired smartphone. As long as the app made by Moskito for it is something good, I am clear with it. With this concept, runtime clearly is more important than stand-alone features.

The only thing that is still missing are the prices. But for this we have to wait until Thursday, December 1st.

The Moskito is an analogue smart watch, which can also be used as a bike computer.