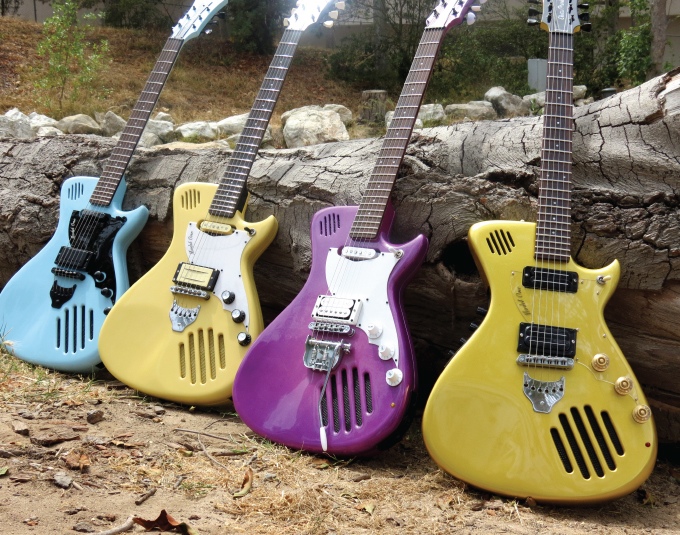 Unplugged is somehow out. Ok, MTV also doesn’t play music on television anymore. With the Model One from ElectroPhonic Innovations the buzzword Unplugged gets a whole new meaning.

The Model One is in fact an electric guitar that has an analog pre-amp, a power amp and speakers already just build in. Even a small FX section with Delay, Reverb, Phaser, Flanger and Chorus is included.

Ok, a guitar with built-in speakers isn’t new. There were of course already guitars on the market. Unfortunately, almost of them are based in low-cost / Beginners / China quality. With an obviously ugly sound.

Thus the sound of the Model One is way better because in addition to the two-channel Class D amplifier with 8 watt speakers is well placed on the structure. It has the complete sound section placed with great emphasis on the acoustic properties of the body. The sound samples from the video suggest that it has achieved very respectable results.

Ok, a wall of 4×12” ‘s and a all-tube top the Model One does not replace naturally. but also it’s not it’s goal. Rather, it is to enable the owner to play wherever he wants… even far away off the power outlet. It do not always have to be acoustic guitars on the campfire. Why not AC / DC?

With $ 699 plus shipping, customs and taxes we are here placed in the area of decent middle class. I believe that the counter value that you get for your money here can be quite fair.

Two criticisms I would have though. Firstly, it is emphasized that one would use hardwoods such as in “normal” guitar building. Only what woods they take they doesn’t tell us. Too bad, because the wood has indeed a quite big effect on the sound.

The biggest criticism is in my view is, however, the strange appearance of the guitar. Weren’t they able to to build up something more classic forms here? The thing looks so somehow misshapen. The lower cutaway is too short and on the upper side it is too square. As if they could not decide between Les Paul and Telecaster.

The selected colors see me too much like plastic. If you already boasts hardwoods, you should show, right? Too bad, because the basic idea makes a good impression to me. 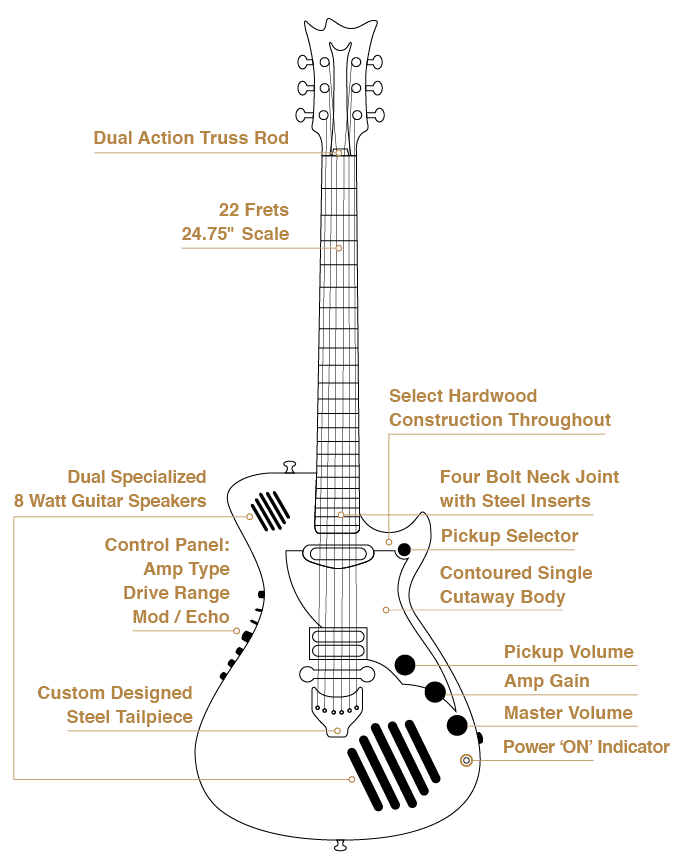