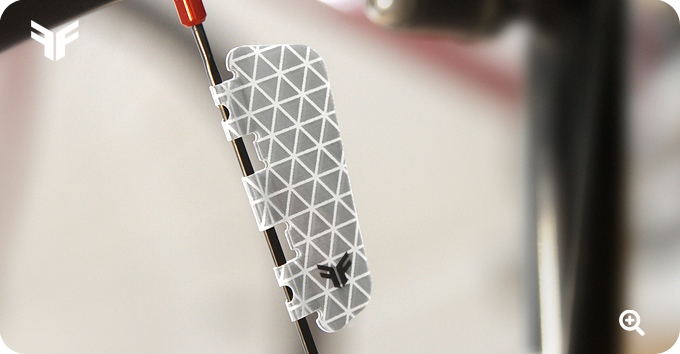 Sometimes the little things are so much more exciting than the big bang campaigns. Well, I could now tell something about the Mr Beam II Laser Cutter, like many other. But today I prefer to take a look on a small project from Munich. With the FLECTR reflectors, the Ousider Team has been put on a cool alternative to the usual cat’s eyes for your bike at the start.

Although the days are getting longer, yet it is not bad to be seen in the dark on the streets. Many of you surely know, too, that reflectors are required by law in many countries. But let’s be honest: Who of you has mounted reflectors on your road bike? Not many. That’s because conventional reflectors weighing much and are looking stupid. Aerodynamics’s usually also rather questionable.

On my own road MTB I have even a completely different problem. On this bike I have no spokes for fixing the reflectors. With trispokes you’ve got a real problem. Although one could use tires with reflective stripes, but I use the bike in summer with Kojaks and Nokian spikes in winter. Rats.

The FLECTR reflectors should be a good solution for this problem. The assembly actually looks like that the reflectors are glued to the spokes (if I understood it correctly). They are shaped like a butterfly. The three thin central webs that are keeping the wings folded around the spoke. The wings are provided with an adhesive layer and then pressed together. I just hope that this will also fits on my trispokes. It’s worth a try.

The flexible thermoplastic material should be provided with metallized prisms and weather withstand. I’m very interested in how durable FLECTR will be.
A version with mounting possibility for a spoke magnet is also planned. 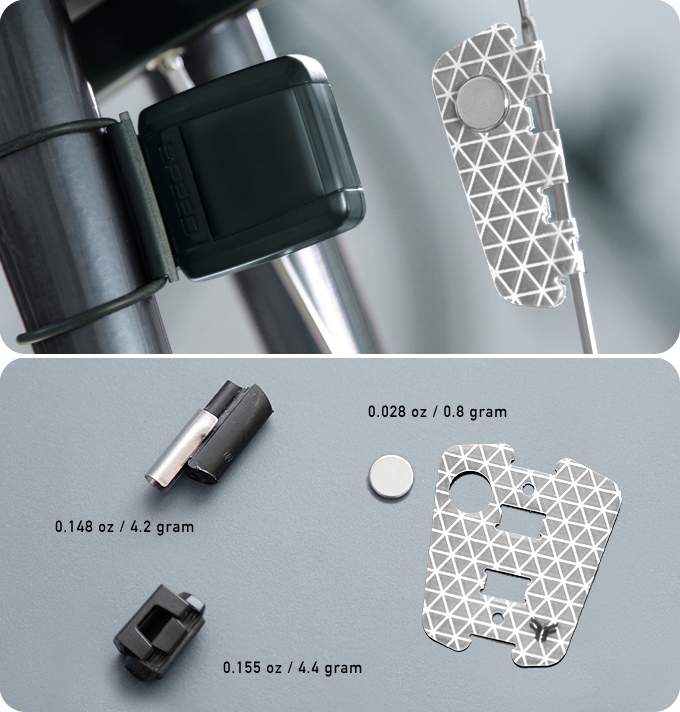 At 16 € for the Early Bird and 20 € normal price FLECTR is now a little more expensive so the classic, normal reflectors. Nevertheless, they have quite a good right to exist.